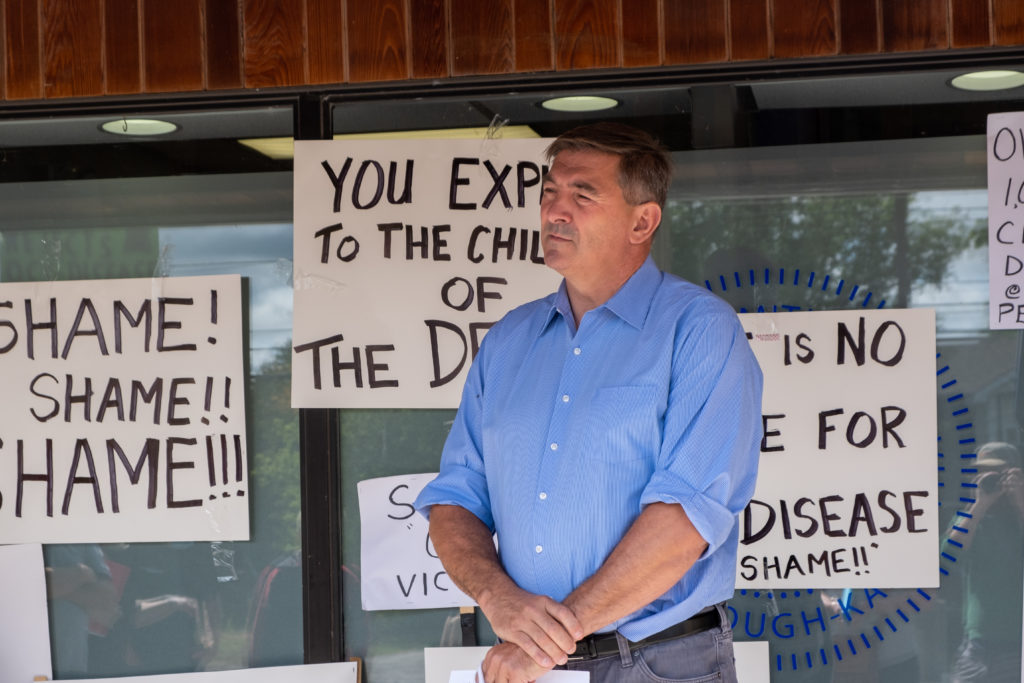 The group of about 20 came to demand MPP Smith help them in their years-long fight to have the Workplace Safety and Insurance Board (WSIB) compensate them for the cancers and other diseases they allege were contracted through workplace exposure to hazardous materials, and which in many cases have proven fatal.

“We want [MPP Smith] to listen to the voices of all these widows, of all these people who have worked in industry [whose] lives have been lost,” said Sue James, a former employee of GE in Peterborough and an advocate for workers and widows seeking compensation from the WSIB.

In a document circulated at the protest, organizers wrote that they haven’t “seen any evidence that our local MPP David Smith has made any effort to address these issues raised by his constituents.”

The widows are “feeling isolated,” James told Peterborough Currents. “They feel that nobody is listening to them.”

In response, Smith said he has raised the issue with both the current and former Ministers of Labour, but that as an individual MPP he doesn’t have the power to influence decisions at the WSIB. “I can’t change WSIB by myself,” he told the group on Friday. Smith also pointed out that some GE retirees have had their claims denials overturned in recent years.

WATCH — Workers and widows plead with MPP Smith to help in their fight with the WSIB:

Smith spoke with the group for about an hour on Friday, with the exchange becoming heated at times. As the demonstration wrapped up, Smith offered to have his office reach out after the Labour Day long weekend to schedule a meeting with members of the group.

The movement to challenge the WSIB’s denial of occupational disease claims has gained momentum in Peterborough, where disease clusters have been identified among retirees of local industrial plants but many sick retirees or their widows go without compensation.

In Ontario, workers generally cannot sue their employers for injuries or illnesses that stem from the workplace. Instead, workers pay into the WSIB’s insurance program, which is intended to provide compensation in the event of workplace injury, illness or death.

But in the case of occupational disease, it can be challenging to produce the evidence required by the WSIB to prove that an employee’s illness was caused by their work. Diseases such as cancer sometimes emerge decades after exposure to hazardous materials, and it isn’t always possible to assess the level of workplace exposure after the fact, according to a report on occupational cancer prepared for the provincial government last year.

Of the 3,000 Ontarians the Occupational Cancer Research Centre estimates are diagnosed with cancer due to their work each year, only about 170 receive compensation.

Starting about five years ago, a group of Peterborough GE retirees came together in a formal effort to address the challenge of retrospectively documenting their own workplace exposure to carcinogens and other hazardous materials. Working with health researchers Robert and Dale DeMatteo, they combed through documents and their own memories to detail the more than 3,000 chemicals that were used at the plant between 1945 and 2000 and the exposure to those chemicals that workers faced.

The group’s findings were published in 2017, and after that the WSIB overturned 71 of its decisions regarding GE Peterborough workers, granting them or their widows compensation, according to reporting in the Toronto Star. But the WSIB upheld more than 100 of the denials it reviewed, the Star reported, leaving other local GE workers and widows to continue their fight.

One of those left fighting is Ingrid Buck, 82, who is the widow of Donald Buck. “He passed away in 2017 of esophageal cancer and COPD, which he contracted while he worked as a design draftsman at GE,” Buck said at the demonstration on Friday.

The efforts of GE retirees and widows such as Buck to obtain compensation were featured in Town of Widows, a 2019 documentary by filmmakers Natasha Luckhardt and Rob Viscardis.

‘Every month we’re going to another funeral’

Following in the footsteps of the GE retirees, former employees of Ventra Plastics in Peterborough have now produced their own report to detail the exposures they faced at work and the disease cluster that has emerged among retirees of their plant.

Ventra Plastics was known as Pebra Inc. from 1986 to 1996, the period covered by the employees’ investigations.

Working with the same two health researchers as the GE retirees, the former Pebra employees consulted primary documents such as Ministry of Labour work refusal reports and WSIB auditor reports in addition to plumbing their own memories to paint a picture of a workplace where employees’ health was put at risk. In 1994, one Ministry of Labour inspector described the plant’s path toward compliance with Ontario’s Occupational Health and Safety Act as a “rocky road.”

The Pebra retirees and the DeMatteos released their report, which was titled “We Can’t Breathe,” last summer.

“We Can’t Breathe” identified 116 cases of cancer among 521 employees who worked at the plant between 1986 and 1996. “This is an exceptionally high rate of cancer — much higher than expected rate in the general population,” the authors wrote.

Cecil Firlotte has one of those cancer cases. “I was the emergency response team captain [for] 20 years,” he told Peterborough Currents. “And they called me at all hours of the morning. Chemical spills, chemical spills. Dangerous.”

Firlotte said he developed colon cancer and had to have his intestines removed. In addition, “I had lymphoma and I had a heart attack,” he said.

Firlotte’s occupational disease claim was denied by the WSIB and he’s fought to have that decision overturned for more than ten years, he said. “It’s not progressing.”

Today, the legacy of Pebra Inc. in Peterborough is becoming painfully clear, according to Rose Wickman.

“Every month we’re going to another funeral,” said Wickman, a former president of the plant’s union. “They’re just dying all the time.”

While Wickman said she herself has been spared, she has still been affected. “I lost a brother at 56 years old [who] worked at Ventra for 29 years. He died of prostate cancer and he was a chemical monitor” at the plant, she said.

Over the last year, some Peterborough GE and Ventra retirees have begun to broaden the scope of their advocacy away from fighting individual compensation cases and focussing on more systemic reform.

To that end, they’ve organized with communities in other parts of Ontario where workplace-related disease clusters have also been identified.

Together, they call themselves the Occupational Disease Reform Alliance, and their goal is “to reform the WSIB compensation system when it comes to occupational disease,” she said.

Among the Alliance’s demands is that the WSIB accept occupational disease claims whenever the incidence of work-related disease is found to exceed the levels in the surrounding community. They also want the WSIB to recognize diseases that result from the cumulative impact of exposure to multiple carcinogens, instead of only focussing on single exposures as it does now.

The WSIB’s website currently states that the board is “developing an Occupational Disease Strategy to achieve a more responsive and sustainable approach to occupational disease policy and decision-making.” 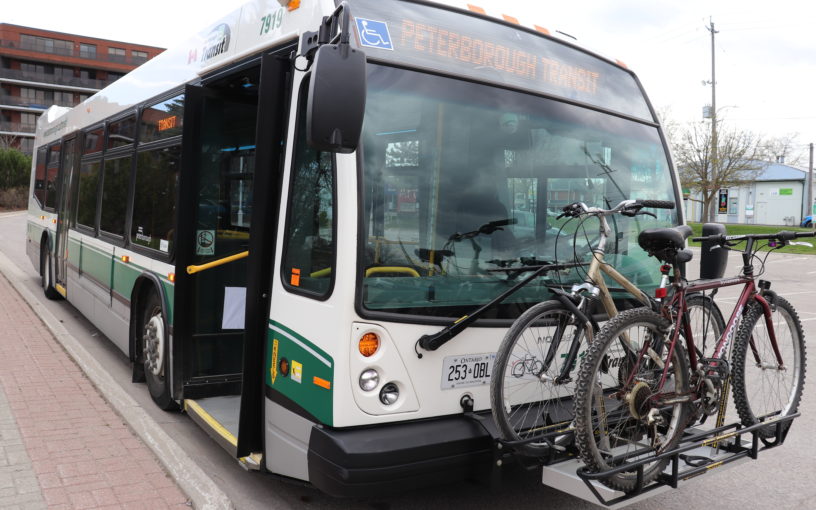 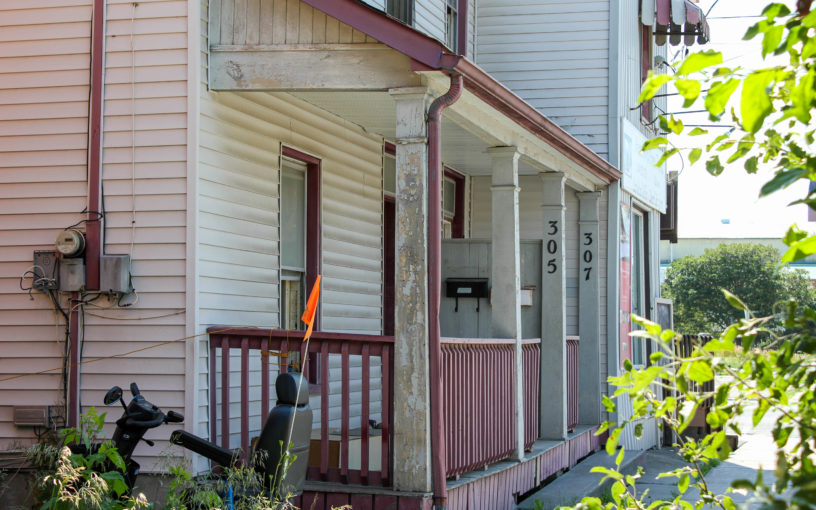