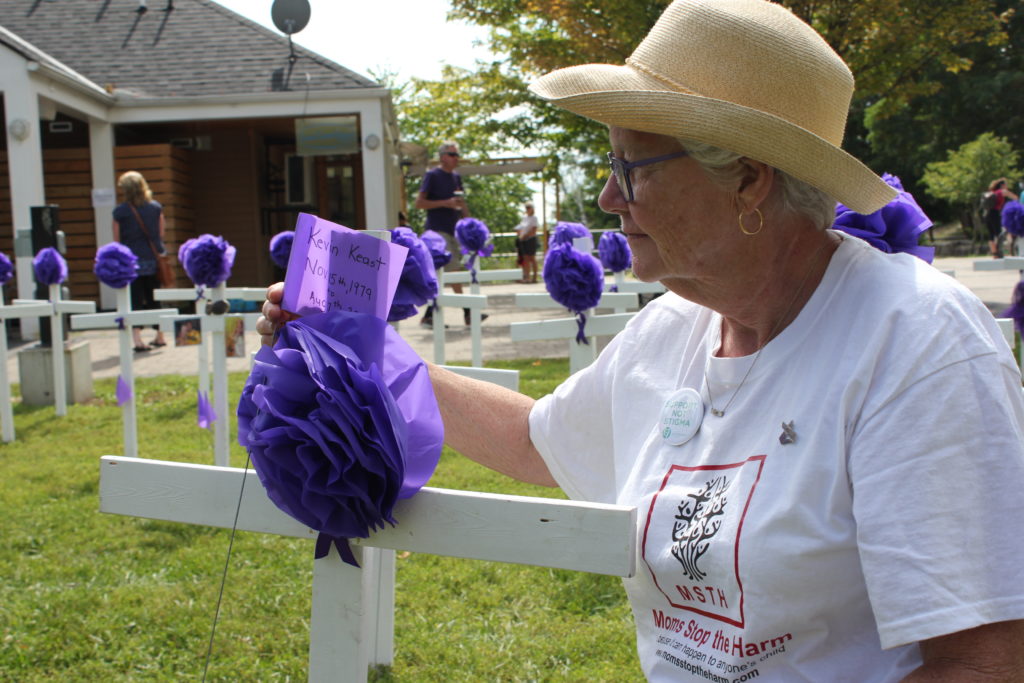 Clare Keast kneels to place a small purple flag bearing the name of her son, Kevin Keast, on a white cross. Organizers erected 36 white crosses on International Overdose Awareness Day on August 31, 2021. The crosses represent the 36 deaths attributed to suspected drug poisonings which were recorded in the first half of 2021. (Photo: Brett Throop)
Community Health

“Every time he slipped, he would call me and he would be crying because he was so upset at himself. He said, Mom, you have no idea what it's like when you have a craving like that.”

In the first months after Clare Keast lost her son, she was reluctant to talk about how he died.

“It was really hard for me at the beginning to say that he had a drug problem,” Keast said. “I guess in my heart I felt… I would be judged.”

Five years later, Keast no longer hesitates to talk about the accidental overdose that took her son Kevin Keast’s life at age 36, after a six-year battle with opioid use.

“I have learned that it’s important for me to [say how he died] so that other people whose children are going through this will feel supported,” she said.

On Tuesday Aug. 31, Keast and other family members who have lost loved ones to drug-related illness gathered in Peterborough’s Millennium Park to mark International Overdose Awareness Day.

Organizers, led by local mother Gail Parry, erected 36 white crosses, one for every person in Peterborough city and county who died from a suspected drug poisoning in the first half of this year. It’s the second year that the group Moms Stop the Harm has held the event. This time, they had to build seven more crosses than they did last year, a reminder that the opioid crisis is only getting worse.

Keast kneeled to place a small purple flag bearing Kevin’s name beside one of the crosses.

“He just had a great sense of humour, and he used to tease me mercilessly,” Keast said. Kevin left behind a wife and two young daughters. “One time online, someone said, ‘well, he couldn’t have been a good dad if he had a drug addiction,’” Keast said. “He was an awesome dad, and he was a good husband, too. But he had an illness.”

Kevin was a social worker, first working in long-term care facilities before landing his dream job in the oncology department of a Toronto hospital. He didn’t use opioids regularly and was in recovery for most of the six years he dealt with substance use, Keast said. He never missed work, other than the four months he spent in rehab, she said.

“Every time he slipped, he would call me and he would be crying because he was so upset at himself,” Keast said. “He said, Mom, you have no idea what it’s like when you have a craving like that.”

He hadn’t used opioids for two years when he fatally overdosed, Keast said.

Lori Sullivan taped a photograph of her daughter, Quinn Campeau to one of the crosses. Campeau died from a fentanyl overdose just days after her 26th birthday, in March 2018.

“She was just a beautiful little soul; she loved people, she loved animals,” Sullivan said. Campeau worked with people with disabilities as a developmental services worker and always wanted to help others, Sullivan added.

Standing at Sullivan’s side during Tuesday’s memorial ceremony was her best friend, Jo-Anne Gaspari. Sullivan leaned on Gaspari when she lost her daughter. And then in February of this year, the same tragedy struck Gaspari’s family. Her son, Steven Gaspari, died from an overdose two months before his 30th birthday.

“It’s been hard for sure,” Sullivan said. “We’re just there for each other. We help each other. But I mean, there’s never any getting over it; we’re never going to be the same.”

Crystal Hebert brought her two children to the ceremony to pay tribute to their grandmother, who died from complications related to drug use in 2014.

Hebert knows first-hand what it’s like to live with addiction. “I’m still in active addiction; I’m an alcoholic. And I know that I need to fight hard to break that cycle, if I’m going to get ahead of it for my children,” she said.

Both of her parents turned to drugs before she was born, Hebert said, to help cope with family trauma. Her mother also lost her first child to sudden infant death syndrome. “I think that there was not the support or resources in her family or in her community to really support her properly after that, and I really believe she was never really whole again,” Hebert said.

Her mother’s death was one of the many drug-related casualties that aren’t captured in official statistics, according to Hebert. Her cause of death was listed as a heart arrhythmia, but “it was ultimately the stress of all the drugs in her system” that led to it, she said.

“I have just been doing everything that I can to honour her memory and keep the conversation going around overdose and organ failure caused by overdose,” Hebert said.

But not everyone in her family wants to be part of that conversation, she said. They maintain that Hebert’s mother died because of heart issues.

For Hebert, fighting the opioid crisis starts with talking openly about substance use. She said it’s important to have those conversations with her kids, too.

“I don’t think of it as if my kids are going to do drugs, but when,” she said. “They’re gonna drink coffee, they’re gonna possibly smoke pot or tobacco one day. Those are all drugs… And I’m very frank about that with my kids and my friends and my community as much as I can be, because this is the only way we’re going to get ahead of it.” 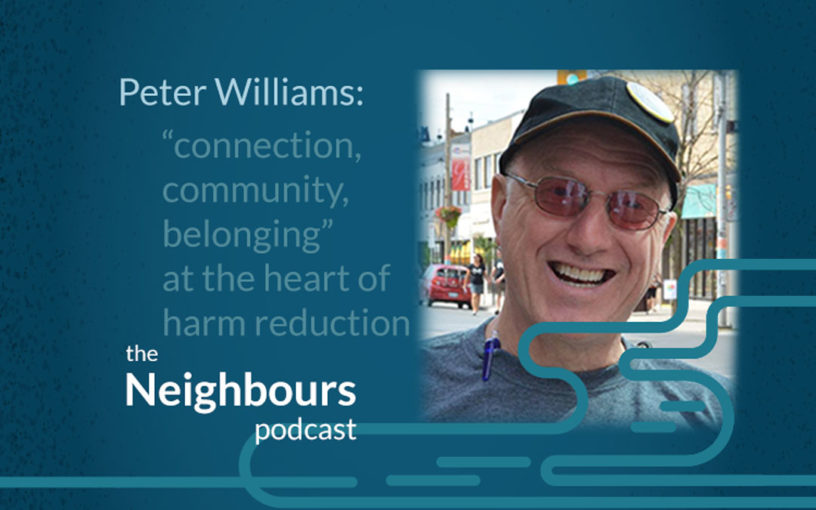 Neighbours podcast: Peter Williams on how “connection, community and belonging” are at the core of harm reduction 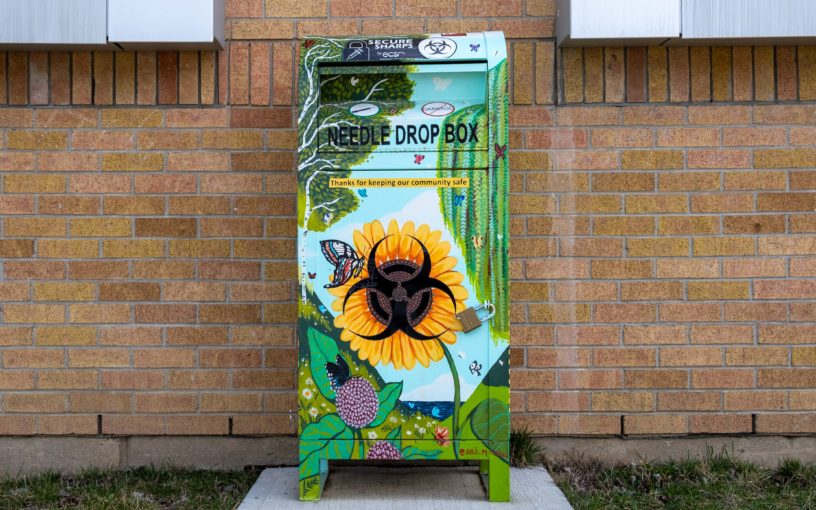