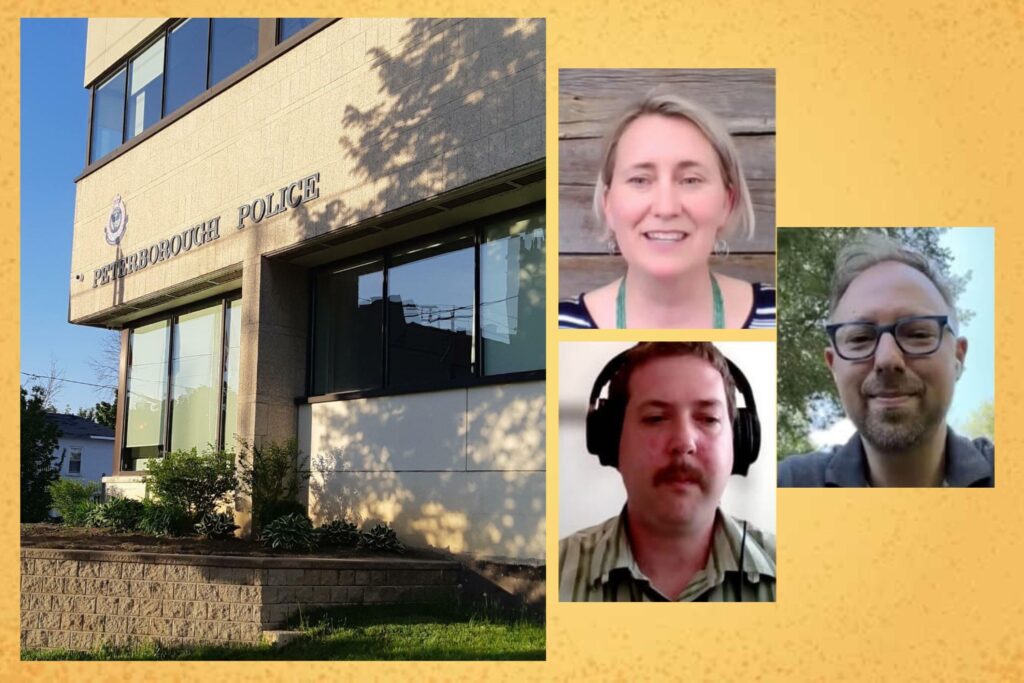 By appointing members to the local police board, the provincial government helps set the tone for policing in Peterborough. So what kinds of people would MPP candidates appoint to the board?

In Ontario, each municipal police force is overseen by a police services board.

These boards play a key role in setting the tone of policing in their community. Among other responsibilities, police services boards set priorities for their local police service, appoint members to the force, recruit and appoint the chief of police and monitor the performance of the chief.

That means candidates running for MPP in Peterborough—Kawartha could be involved in this selection process if they’re elected on June 2.

Who they would choose is an especially pertinent question in Peterborough, where there is a history of instability on the police board.

In recent months, the board has been making headlines for a couple of reasons.

First, there was the abrupt “retirement” of former Police Chief Scott Gilbert, and the subsequent reports that local police unions had submitted formal complaints about Gilbert’s behaviour before the retirement. At the time, then-chair of the police board, Les Kariunas, said there was no need to investigate any complaints.

Second, there was the sudden resignation of Kariunas himself after video surfaced depicting him campaigning on behalf of MPP Dave Smith. Kariunas said he resigned due to personal health reasons.

But the stability of police governance in Peterborough has been an issue for longer than that. In 2016, the Ontario Civilian Police Commission (OCPC) called Peterborough’s police board “dysfunctional” and appointed an external lawyer to oversee meetings to keep them on track. And a few years before that, the OCPC suspended Mayor Daryl Bennett from the board after finding him guilty of misconduct on the board.

This history suggests that the Peterborough community needs to engage in more frank discussions about who should and shouldn’t serve on our police board.

To get that discussion started, we asked candidates running for MPP in the current provincial election what qualities they’d look for in an appointee to the board, and what priorities they’d want their appointees to bring to the table.

We reached out to candidates Greg Dempsey, Jen Deck, Robert Gibson and Dave Smith to invite them to participate in our election podcast coverage. Smith did not respond to our requests, and so in this episode, you’ll only hear from the other three.

Hey there, you’re listening to the Peterborough Currents podcast. My name is Will. We’re continuing our series of podcast episodes looking into the 2022 Ontario election. In this episode, I’m asking candidates, just one question each and it has to do with policing in Peterborough. But before we get into that question and the answers that candidates gave, I want to take a minute to just run through why I’m asking this question and why I think it’s important. So my question is about the Police Services Board, which is a five person committee that provides civilian oversight of the police in Peterborough. And I think this is something that citizens here should be taking a close look at right now because of some recent events that have transpired here. In February, the Police Board unexpectedly announced that Peterborough’s Chief of Police Scott Gilbert would be retiring in a matter of days. And reporting that came out after this announcement suggested that the reason for this was Gilbert had been the subject of formal complaints about his behavior filed by the two unions representing police officers in Peterborough. Now, no complaints have been investigated by the police board. And now that Gilbert is retired, it doesn’t look like that will ever happen. The chair of the police board at the time, Les Kariunas said at a press conference that there was no need for any investigation into Scott Gilbert and his retirement. But not long after this happened Kariunas himself abruptly resigned from his position as chair of the board citing personal health reasons. This resignation came right after video surfaced depicting Kariunas campaigning on behalf of MPP Dave Smith. So all this leaves me with a lot of questions about the independence, transparency, and accountability of Peterborough’s police board. And this is coming at a time when there are so many calls in our community for us to be taking a really close look at how police operate in our community who they’re meant to serve, how they engage with marginalized communities. So I thought this was something important to bring up to candidates in this election because policing is primarily within provincial jurisdiction. And of the five members of Peterborough’s police board two are appointed by the province. So that means that an MPP for Peterborough might be involved in the process of choosing who sits on this board and who makes decisions regarding how policing happens in Peterborough. So considering that, I asked candidates, “what kinds of qualities they’d be looking for in a potential appointee to Peterborough’s police board, and what priorities they want those appointees to bring forward regarding policing in Peterborough?”

So you’re going to hear from NDP candidate Jen Deck, Green Party candidate Robert Gibson, and Liberal Party candidate Greg Dempsey, and you’ll hear from them in that order. We invited the incumbent PC candidate Dave Smith to participate in these interviews. But he and his team didn’t respond to text messages, my email message and a message that I left for him in person at his campaign office. So unfortunately, you won’t be hearing from him. Okay, let’s get straight to the answers. Here’s NDP candidate for MPP Jenn Deck on policing in Peterborough.

The NDP’s priority is understanding that policing is about taking care of everyone and making sure that everyone feels safe. And the reality is that we know that different communities have different relationships with the police. So we want to work with municipalities to make sure policing is appropriate and equitable. And so by using that lens, whenever it comes to any kind of appointments, we want to find people that are compassionate, that understand the complexities of intersectionality and care about that. We need representation as well. We need to have different voices on that board with different lived experiences so that they can bring their experiences to the job. So I mean, policing, policing is all of these issues are very complex. But you know, it’s striking that Ontario has the highest rates of reported hate crimes in the country. And we’re talking about all of– you know, we’re talking about Islamophobia, anti-Black racism, anti-Asian racism, anti-Indigenous racism, antisemitism. These are all present in Peterborough—Kawartha as well. People often like to think of, you know, the area’s small towns, small towns have all of these issues and we need to have police that understand and can respond to the members of the public with compassion and dignity. I’m really excited at looking at what other communities are doing around and investing in innovation, like, I’ve been reading about a crisis support service pilot that’s happening in Toronto, where they bring these mobile teams of crisis support that don’t necessarily even have police in them, they might, but they, you know, they’ll respond depending on the particular needs of the call, and they might send a community nurse or they might send, you know, a suicide counselor, some mental health supports. So, these are the kinds of innovative ways that I think that we can really work on making our communities safer.

Okay. Yeah, thank you. Yes, transparency is a huge issue. And there seems to be some rule violations and ethical violations, as well, as reported in different media. One of the priorities that the Green Party has is anti-racism. So, if anyone is going to be appointed to the police board, that should be a focus. And they also have to demonstrate that they are listening to organizations such as Black Lives Matter Nogojiwanong, Indigenous nations – they have to show some anti-oppression or social justice leanings. Just want to refer to my notes to see. Yeah, and yeah, commitment to eliminate with racism and discrimination. They can’t support the practice of carding. Because the Green Party does not support that practice. And a commitment to acknowledge and addressing violent and discriminatory law enforcement that has occurred within Canada. The Dafonte Miller assault being one prominent example.

So first off, let me say that the police in our community do do amazing work. And we should be grateful for the community building and work that they do every day. But I do share your concerns, Will, especially with the two resignations that you mentioned. That the chair of the Police Services Board was actively campaigning against me. And actually, while doing that, was lying about me, was incredibly disheartening. As somebody who was ostensibly a public servant. I do believe that we need effective oversight of the police board, just like any other public entity, we need to make sure that they are effectively serving every single person who is within their jurisdiction. And that is especially true of marginalized folks in our community, Indigenous people and others. I think that we could always do better, no matter who we are in making sure that everybody in our community is better served. So I think that we need to have people who have social justice backgrounds, backgrounds in helping the community who would be eager and willing to step up for a role on the Police Services Board. But I think this goes back to the central tenet of my campaign, which is that we need to just need to build better relationships in the city. We need an MPP that is going to work well with others, including the police, the Police Services Board, all the great service providers and others. And I think that something that we don’t have right now. Our MPP very publicly does not have a good relationship with the mayor, very publicly did not have a good relationship with our former MP, very publicly fought with Dr. Salvaterra, and even a couple of days ago, was insulting Dr. Piggott. I think that we deserve an MPP that is going to have great positive relationships with every single stakeholder in the community. And that is what’s going to drive change. That’s what’s going to help build those partnerships so that we can have the police and social justice folks and advocates for everyone in the community come together and look for real solutions. Because our community is a great place to live, Will. I love Peterborough—Kawartha. It’s an amazing, it’s an amazing place to live. But it is struggling with a number of really big challenges, some of which you’ve raised with me already. And I think we can do better and it starts with building positive relationships.

Okay, so that was Greg Dempsey. Before him you heard Robert Gibson and before Robert, you heard Jen Deck. All talking about the kinds of people they’d like to see appointed to Peterborough Police Services Board. So that’s all for this episode is just a short one today. Special thanks to Erika Nininger who has provided the music for this episode of the podcast and all the episodes of our podcasts on the Ontario election. If you find that the journalism from Peterborough Currents is helpful to you, if you find that helps you to connect to your community or understand your community better. Please consider supporting us financially. It is the only way that we’re able to create this journalism. If you’re able to support us, please head over to peterboroughcurrents.ca/supportus. I’d really appreciate it. So thanks so much for listening and we’ll talk again soon. 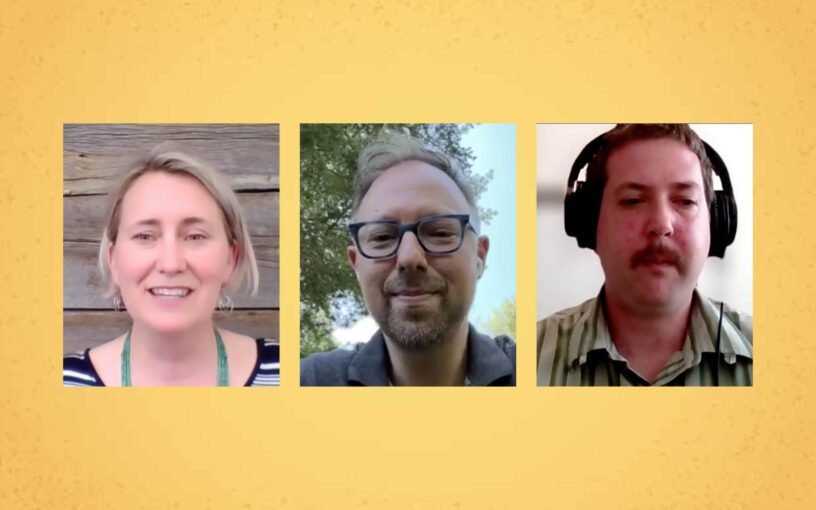 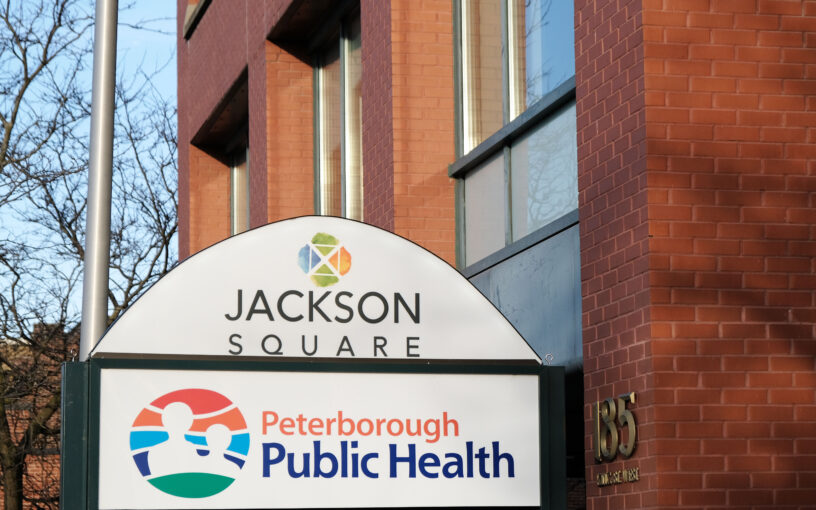