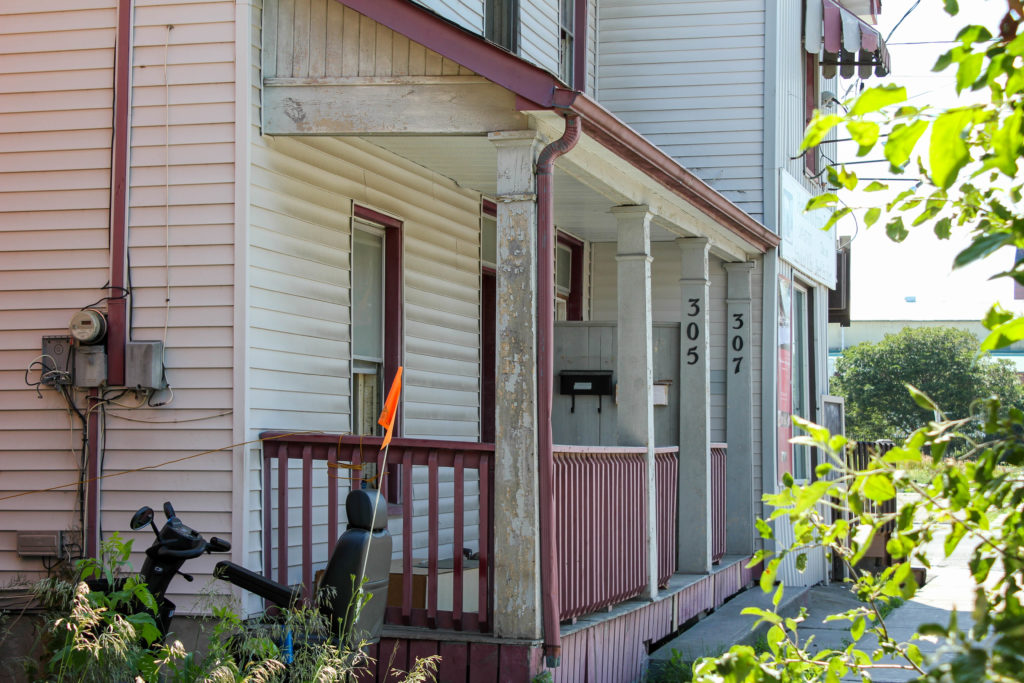 This building on Townsend Street was sold in May 2021. A residential tenant could be facing eviction as the new owner says he plans to move in and open a restaurant on the ground floor. (Photo: Will Pearson)
Housing In-depth

It began with a loud knock on Jerry Chislett’s door on May 1st. He opened the door and met the new owner of the two-storey Townsend Street building where he has lived for the last 17 years.

The owner had new plans for the building — and he wanted Chislett and his roommate out.

“I didn’t know what to do,” said Chislett, a visual artist who depends on his ODSP payments to cover rent. “I’ve been nothing but a good tenant.”

His roommate left. But Chislett said he hasn’t been served an eviction notice and will fight to stay.

Housing advocates say Chislett’s story is part of a worrying trend across the city.

As manager of the Housing Resource Centre, Annie Hedden is used to hearing from tenants whose landlords have pressured them to move out, even though they haven’t violated their lease.

Before the pandemic, she used to get those calls a couple times a month. Now they’re coming a few times a week.

“These types of notices put tenants in a bigger crisis than they did in the past,” said Hedden. “In the past, the tenants could potentially find another place more easily that was more affordable.”

But with rental prices soaring alongside house prices, Hedden said an affordable unit is much harder to come by. As of publication time, Kijiji listings for one-bedroom apartments in the Peterborough area ranged from $1,070 to $2,995.

In Ontario, landlords cannot legally evict a tenant simply because they intend to sell a property. They can, however, ask a tenant to leave if they or a close family member intends to occupy the unit. In those cases, the landlord issues the tenant an N12, a legal form putting the tenant on notice that they could be evicted.

Data that Peterborough Currents obtained from Tribunals Ontario show there’s been a steep increase in N12 filings in recent months.

Between January and May of this year, there were 26 N12 applications made in the city of Peterborough. That’s up from only six in the same period in 2020 — and more than double the average for that period over the previous four years.

Explore the data by hovering over the line below.

Tenants who receive an N12 notice are entitled to a hearing at the Landlord and Tenant Board before an eviction is ordered.

The enforcement of eviction orders was put on hold during the most recent provincial stay-at-home order, but they have now resumed. Despite requests to the Ministry of the Attorney General, Peterborough Currents was not able to determine how many N12 applications have led to an eviction so far this year.

Kate Kidd, president of the Peterborough Landlords Association, points to the city’s red-hot real estate market to help explain the uptick in N12s.

May saw more homes sold in Peterborough than any other month on record, according to the Peterborough Examiner. The average price of those homes was $715,815 — a 31.2 percent increase from one year ago.

Kidd, who is also a real estate agent, said the increase in sales is partly due to homebuyers from the GTA purchasing local properties that had served as rental housing — and moving in themselves.

“That’s been happening for years and the pandemic has only increased that,” she said. “The pandemic has changed the way so many of us live and work and that’s put a big demand on the housing market.”

The owner of Chislett’s building, Venka Mages, is part of that wave of buyers from the Toronto area.

Mages, who currently lives in Brampton, plans to open a restaurant in a commercial unit on the ground floor of the building, currently occupied by Hendows Fine Food.

Mages said he and his family will move into one of the three apartment units in the building. He also said the chef for the new restaurant is a family member, and will move into another of the units.

He said he offered Chislett and the other tenants a payment equal to two months rent to leave.

“We can help [Chislett] find a place and he can move there,” Mages said.

Chislett, however, said he has not been offered any money, nor has he been served an N12 notice.

As a staff lawyer at the Advocacy Centre for Tenants Ontario, Karen Andrews hears about situations like this all the time. Her advice to tenants: if your landlord says they need your unit so they can move in themselves, you don’t have to take their word for it.

Sometimes the owner genuinely intends to occupy the unit — but sometimes it’s used as a way to get tenants to leave so they can raise the rent, she said.

Tenants need “to think about whether this is a serious situation where the landlord really looks like they’re going to move in.” she said. “They really should insist on a hearing [and] ask the landlord questions under oath.”

Cash for keys: The buyout conundrum

Cash buyouts — like the one Mages offered his tenants — are also on the rise, according to Hedden.

It might sound like a win for both landlord and tenant. But Hedden said that with escalating rent prices, tenants who accept a buyout might find themselves in a difficult position when they go to look for a new apartment.

When a landlord offers a buyout, they may ask the tenant to sign a form called an N11 to make the agreement binding. It’s optional, but Hedden says renters don’t always know that. And if they do refuse, it can lead to a difficult fight with the landlord.

“Ensuring that your rights are adhered to takes a lot of time and effort,” Hedden said. “Sometimes it seems easier to just take the money and find a new place when you think that inevitably what’s going to happen if you do pursue your rights... [is] you’ll end up having to get a new place without the money.”

That’s the calculation that Ed, a man in his late 50s, made when he was offered a buyout last month. Ed requested his last name be withheld because he signed a non-disclosure agreement with his landlord.

The new owner of the building in which Ed shares a one-bedroom apartment with a friend wanted to renovate. The rental company offered the pair $5,000 to move out — more than four times their monthly rent of $1,200.

But Ed didn’t want to move.

He has lived in his apartment on a quiet street just west of downtown since last September; he’s become friends with the other tenants and has a private deck where he likes to barbecue. He’d hoped to stay put for at least a few years.

But he worried that if he refused the offer, he would be forced out anyway. “Finally we just decided, you know, if we ever see the cheque, it was better than nothing,” he said.

But he said the money won’t make up for the stress and uncertainty of having to move again so soon.

Ed has until the end of June to find a new apartment, he said earlier this month. But as someone who relies on Ontario Works and has been on the waitlist for subsidized housing for years, he needs an apartment that is affordable. Most listings he’s seen are well above what he currently pays, and Ed fears that he won’t find a place he can afford in time. If that happens, he said he’ll have to spend his buyout money on a motel room.

The most frustrating part of it all?

“It was all thrown at us all at once,” he said. He and his roommate were given less than six weeks to find a new place and the owner threatened to drop the buyout to $3,000 if they didn’t agree to leave by June 30th, Ed said.

Hedden said there is a power imbalance between many landlords and tenants that can dissuade tenants like Ed from trying to stay in their homes when offered a buyout.

“The amount of responsibility that is placed on [tenants] to get out of these situations — to try to realize their rights in these situations — is a lot heavier than it is on the landlord,” she said. “[Landlords] are able to issue these forms with very little risk to themselves. And I think that a lot of tenants in Peterborough are in a very different financial situation. Their access to legal support, their access to justice is different.”

Kidd, from the landlord association, says she feels for tenants in such situations, but she understands where the landlord is coming from as well.

“For an investor, it has to come down to the numbers,” she said.

Established landlords in Peterborough skew older, she said — and with real estate prices reaching new summits, many are looking to sell their properties and retire from the rental business.

That means that investors who buy up those properties will have to charge higher rents to turn a profit.

“It’s really difficult for them to get a return on their investment,” she said.

Tenants may feel pressure from the landlord to sign an N11 quickly, but Andrews urges renters to always seek legal advice first.

If the landlord renovates their unit, tenants do have the right to move back in at the same rent when the work is complete, she said — although it can be a difficult fight to win.

'I'm living on pins and needles'

As for Jerry Chislett, every time he walks out his door now, he’s afraid he might not be able to return.

He said since his roommate moved out he has to pay the full rent of $1,000 per month on his own. He said that has stretched his monthly ODSP cheque to the point that he has to rely on help from two nearby churches to put food on the table.

Mages, however, said Chislett has not paid his rent and intends to go to the Landlord and Tenant Board to try to evict him.

Chislett is apartment hunting, in case it comes to that.

But he said most of the units that he’s seen within his budget are rooming houses. He’s lived in one before and doesn’t want to again.

“It just destroyed me,” he said. “I don’t want to go backwards.” 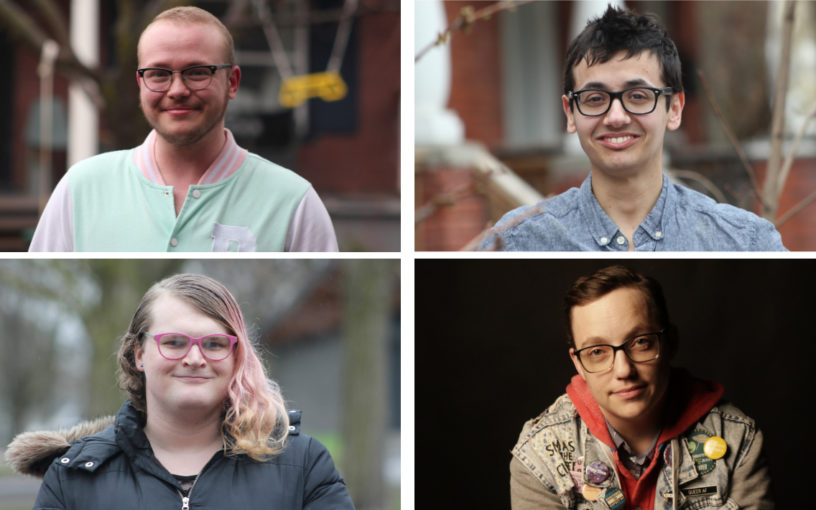 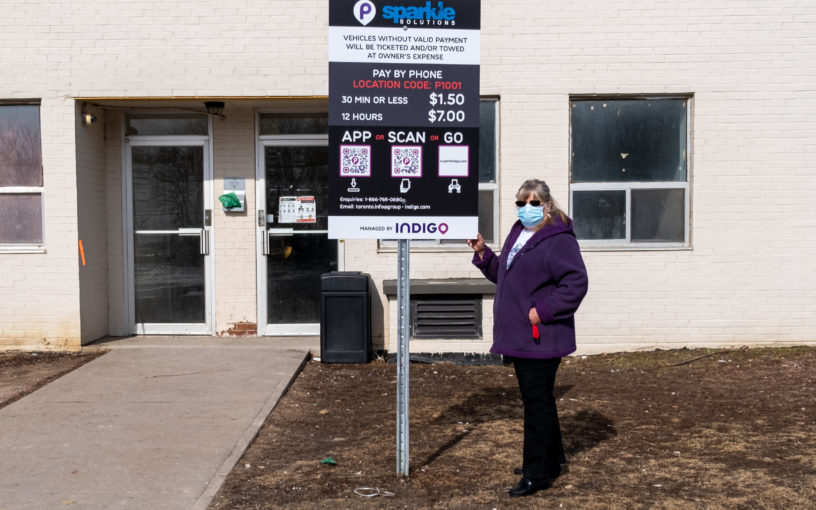