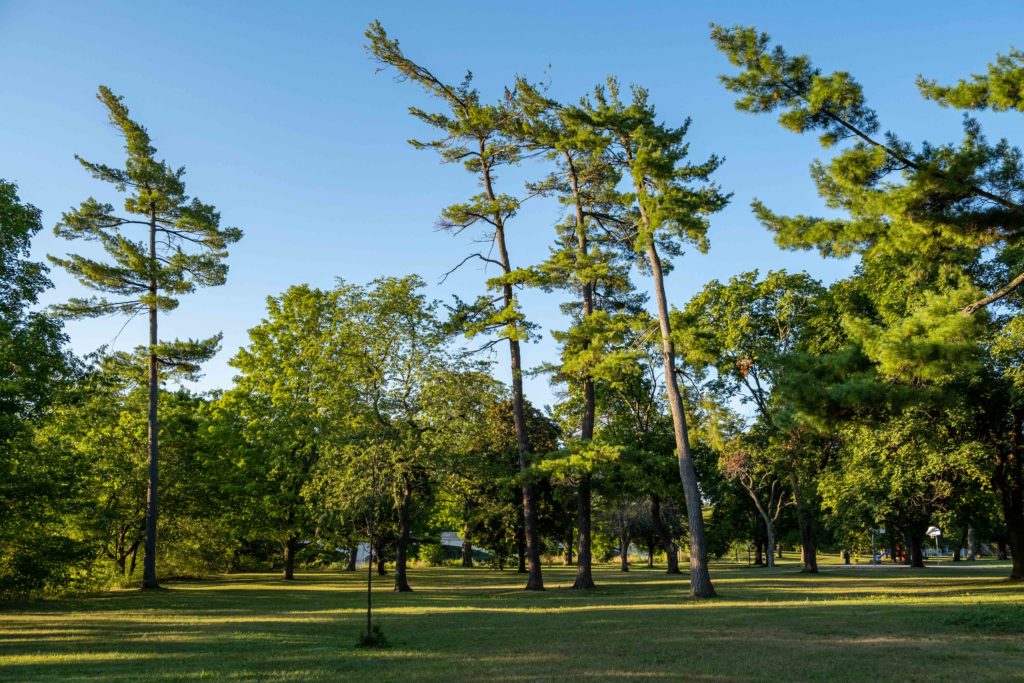 A thick bramble of exotic species planted by a keen gardener along the edge of Aberdeen Avenue. A stately row of gnarled white pines lined up single file in Inverlea Park. A magnificent oak that is older than the City of Peterborough itself, predating by a century the house it now offers shade to on Homewood Avenue.

Many of Peterborough’s most beloved trees are an inheritance from previous generations. They’ve grown up with the city itself.

“Peterborough at one time really took pride in its canopy,” says Vern Bastable, the manager of Ecology Park and the former coordinator of Peterborough GreenUP’s urban forest program. “At one point it was a status symbol to have beautiful trees on your property. But times changed, and people’s priorities changed and they went with a more bare look.”

Today, Peterborough’s urban forest is really two forests — an old one and a new one. “In some parts of the city we have an overmature forest,” says Matt Logan, a certified master arborist and owner of Logan Tree Experts. “In other parts of the city, we have a very young forest.”

There aren’t a lot of middle-aged trees in Peterborough, and that means we’re facing dramatic losses to our urban canopy. “As trees hit their maturity, our canopy is in decline,” says Bastable. “They’re starting to die off and there isn’t that middle ground to take their place.”

Add to this the threat of the emerald ash borer, the increased pressures of development and urbanization, and harsher conditions brought on by climate change, and Peterborough’s urban forest is facing an existential threat.

Between 2015 and 2018, Peterborough lost almost 10 percent of its urban canopy coverage, according to municipal data.

The urban forest covered 27.9 percent of Peterborough’s area in 2018. The City’s goal is to reach 35 percent coverage by 2041. But there are already indications that we’ve continued to lose trees at a fair clip since 2018. “We’re going in the very wrong direction right now,” says Otonabee Ward Councillor Lesley Parnell.

In response, the municipality has ramped up tree-planting in recent years. In 2020, the City intends to plant about 800 trees in total. But local naturalist Dylan Radcliffe calls that number “woefully inadequate” to compensate for the amount of trees we’re losing.

Part of the problem is access to the right land. The municipality plants where it can, says Bastable, but public property isn’t always suitable for trees. The City plants on the grassy strips between roads and sidewalks, for example, “but that’s the worst place in the world to plant a tree.” It leads to “butchered trees,” Bastable says, as the City continually cuts them back to accommodate power lines.

“People always look to the city for answers to this, and the answers are really in people’s backyards,” Bastable believes. “It’s planting trees and caring for them. It’s you and your neighbours working together to create that canopy.”

About seventy percent of Peterborough’s urban forest is situated on private property. That means Peterborough needs to find a way to incentivize citizens to practice good tree care — and discourage citizens from cutting trees down.

The bylaw was badly received. Over the next year, property owners struggled to understand the application process, city officials were overworked responding to over 1,000 applications for permits, and professional arborists got caught in the middle, sometimes unable to do their job, according to a city staff report issued in 2019.

“I don’t think the City put the resources into the bylaw that it needed,” says Bastable. “The City didn’t put enough funding in.”

In March 2019, City Council voted to repeal the bylaw and instructed staff to write a new one. Since then, it’s been “open season” on Peterborough’s trees, says Councillor Parnell, and it will be until the new bylaw, which was originally supposed to come before Council in fall 2019 but is now delayed until next year, is put in place.

It all equates to “another whole year of leaving our tree canopy completely vulnerable to destruction,” says Parnell, who believes it was a mistake to repeal the bylaw, and wishes the new one was coming quicker.

This summer, the City is doing field research to learn more about the extent and health of Peterborough’s urban forest. That information will help to guide the development of the new bylaw and any new education or outreach programs that may be rolled out with it.

So, why should we care? Apart from beautifying our neighbourhoods, the urban forest has all sorts of benefits.

Trees sequester carbon, which helps to slow climate change. They provide shade and cool the air, which makes the city more liveable and reduces energy costs. They provide crucial habitat. They increase property values. There have even been studies that suggest they reduce crime and strengthen the economy.

In Peterborough, where the memory of the 2004 flood still lingers, the impact of trees on stormwater management ought to be of particular interest.

“Trees are one of our largest stormwater sinks in the city,” says Radcliffe. “So losing that canopy has a huge impact on the ability of Peterborough to respond to major storm events.”

Radcliffe points out that one of the biggest and most expensive items in the City’s capital budget right now is the stormwater diversion project along Bethune Street, which will help to accommodate potential flooding from Jackson Creek during storms. He wonders whether the project would be necessary if Peterborough hadn’t lost so much of its urban forest in recent years. “I think it’s a shame that these kinds of natural infrastructure solutions are being left by the wayside,” he says.

While the most obvious benefits of trees may be environmental, they also have social value.

“The consciousness of the benefits of trees to public health has been a main trend over the last decade in urban forest management,” says Adrina Bardekjian, the manager of urban forestry programs at Tree Canada. “Urban forests are complex,” she continues. “They have very rich economic, social and political considerations, and I think the emotional side and the social side of trees is often overlooked.”

But how trees make us feel is often what really resonates with communities, says Bardekjian. “Across Canada, we’re seeing the citizens of communities really stand up and embrace this idea of urban forestry and tree planting, because of how it makes them feel.”
If you want to learn more about people’s relationships with trees in Peterborough, I suggest reading Beneath the Canopy by Sheryl Loucks. It tells the stories of dozens of local heritage trees and the people who love them. (There’s a copy at the public library.)

How you can help

Earlier this summer, the City of Peterborough planted a young tree in front of my house. During this hot, dry season, I’ve begun to water it. It may seem overly simple, but Logan says that’s one of the most important steps to take right now to help sustain our urban forest.

“Trees would not grow in a city if they had any choice,” says Logan. “If they had legs they would be running for the hills.” Cities are unrelenting places for trees, and so to preserve a healthy urban forest, we have to actively nurture it.

If you own property in the city, consider planting a tree or giving some extra care to any trees you already have. “Sticking it in the ground isn’t enough,” says Logan. “If you don’t do the structure pruning, you’re cutting decades off those trees’ lives.”

Cathy Dueck, who helped to write Peterborough’s first Urban Forest Strategic Plan, suggests refraining from raking in the fall, and letting leaves decompose instead, which will enrich the soil in your yard.

Dueck also advises making sure you choose the right tree for your property. Get some advice from an arborist or another expert about how big a tree your property can accommodate — as trees grow, they need lots of space.

Ultimately, saving Peterborough’s urban forest will require a community-wide effort. “It’s going to require a bit of a culture shift [toward] people valuing trees more,” according to Michael Papadacos, the City’s manager of infrastructure management. “The City can’t get there on their own.”

This article was adapted from a Peterborough Currents email newsletter sent to our subscribers on August 4, 2020. It was edited lightly to fit the new context. To read the original newsletter, click here. 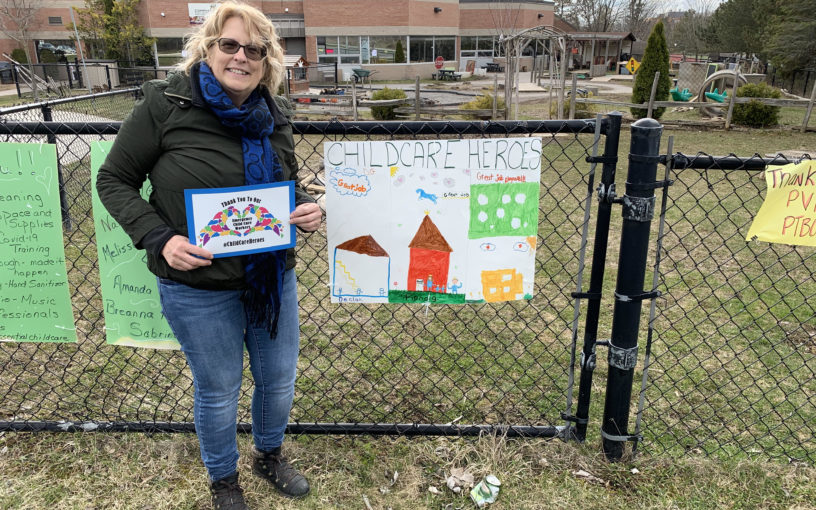 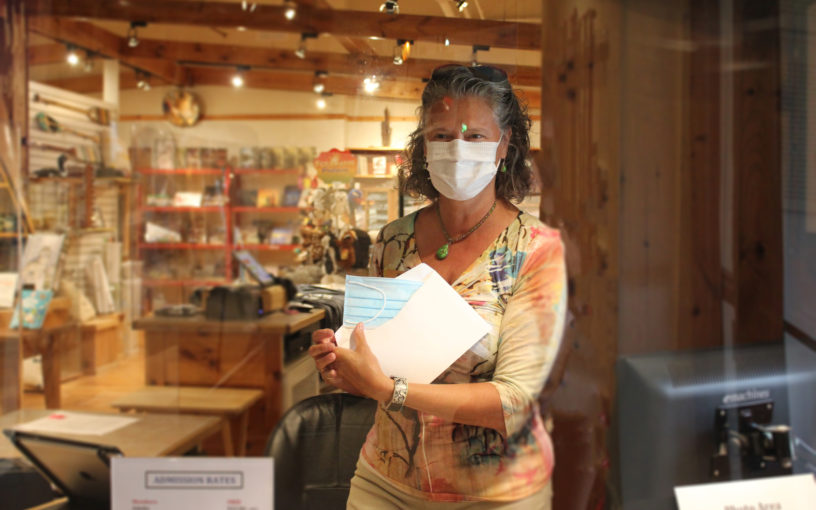 The science and ethics of mandatory masks