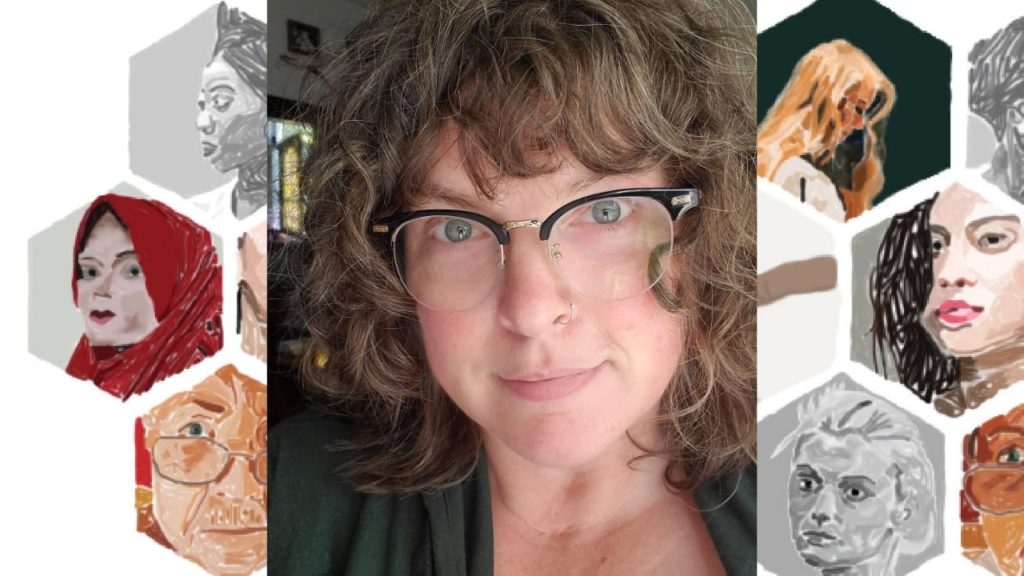 Our Stories Our Voices program trains those who have experienced poverty, racialization, criminalization, disability or substance use to advocate through oral storytelling. 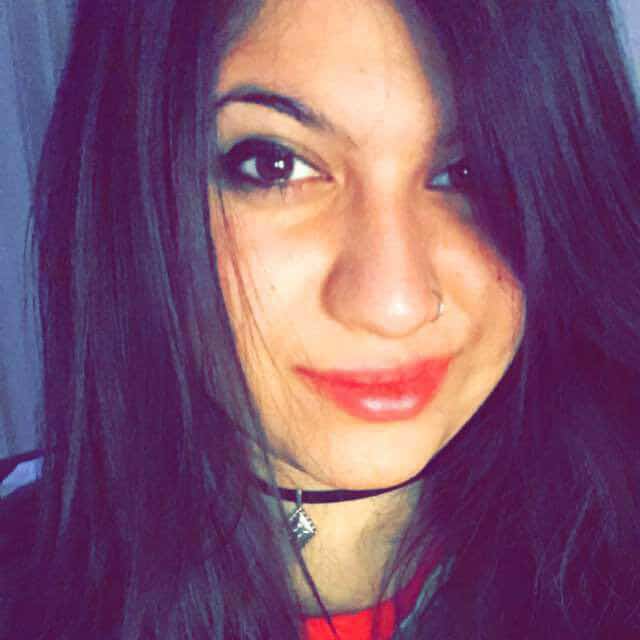 Editor’s note: Some individuals quoted in this story use the singular “they” pronoun.

On a late September evening, community members watched storytellers from all walks of life tell their stories at the Our Stories Our Voices event hosted by The Nourish Project.

Community members joined the event online, and watched eight participants share their stories. Some were nervous at first, reading from paper the stories they had written down.

One storyteller, Sioux Lily Dickson, talked about feeling imprisoned in her body. She was diagnosed with a tumour and gained an amount of weight that left her bedridden.

“Just as I was starting to enjoy life, volunteering as an accessibility advocate and creating art again, I gained 80 pounds in a year,” Dickson said. And though she remembers thinking the weight gain was a symptom of a larger illness, she says doctors told her the weight was the problem. “Even though I had different medical professionals, the general assumption seemed to be that my weight was contributing to my ill health and [that it] was not the symptom I knew it to be.”

Dickson said, “The notion that the monthly ODSP allowance of $1169 would allow me enough food to gain even half that weight is absurd. The cruelest thing about my illness is that while I merely rented food and struggled not to throw up as I was eating. My tumour had me packing on the weight, like I was expecting triplets. I offered to sit in waiting rooms all day long so doctors could witness my trips to the washroom and see my visceral contempt for food. No matter what I offered as proof, they resisted revisiting the cause of my ill health. For more than 20 years, my body was a prison.”

Dickson talked about the struggles she had raising her daughter and the challenges around doing basic tasks such as groceries. Her story called into the reality of what it is like for so many receiving barely enough funds to live.

The event was the culmination of The Nourish Project’s virtual storytelling workshop series, Our Stories Our Voices. The project is an advocacy program, and created a space where women, trans women and non-binary people come together and share their stories with the community. The goal is to support people getting involved in pushing for change.

Nourish is a project that does community work promoting access to healthy food, food literacy and civic literacy, says Joëlle Favreau, manager of Nourish. In the program, the participants work in a group to practice telling their story. Favreau said, “[When coming together to work as a group] we see that people gain confidence and start to make more of a connection with others, and we see that as being essential.”

The impact of the project in the wider community will be seen in advocates using oral storytelling to battle the stigma surrounding experiences rooted in various forms of marginalization.

Storyteller Dawna (last name withheld) read their tale about being left with their three-month old daughter, abandoned by their first husband. “He packed up his life and headed to B.C., having dropped his dead weight, namely me, but far more importantly, his daughter,” they said. “I was standing at a terrifying fork in the road. Uncertainty [was] the only cobblestone to lead me forward into our future. I would work and struggle to be the best mom, I could be… I was lonely, overworked, underpaid and exhausted most of the time.”

Dawna told us about getting pregnant again, this time in a far more dangerous situation, with a man whose family controlled them. He separated Dawna from their children (two boys) that they would have with him. Isolated and suffering from post-partum depression, a friend made over the internet helped Dawna get out. Though they had to leave their two boys behind, a necessary but difficult decision, it led to them finding a new life. Now, Dawna has a wife and is on a path to healing.

Erin Parker, another storyteller, told their tale in beautiful poetic prose. In an interview after the event, they said the main theme of their story was coming to understand themselves better through their disability.

Parker lives with chronic illness and for a time, their experiences were shaped by medical professionals who were working to eliminate or reduce their symptoms. But they found that over time they came to accept and appreciate those symptoms. “The doctors were pathologizing me, but I actually felt that my physical health was bringing me to a deeper understanding of myself.”

During the event, Parker spoke about a two week stint in the hospital, “I could hardly move because of weakness in my body and […] right from the beginning I was okay with it,” they said. “It’s not that I gave up. I just felt that […] there’s something bigger than me that’s the driver of my life. If I were to take this medication that would reduce my symptoms, it’s like I’m interfering with the driver of my life.”

Parker shared that their experiences with chronic illness helped them open up a more spiritual relationship to their life. Though, they say it’s a personal truth that some may misunderstand. “It’s not because I want to be sick or because I want to die or whatever, it’s that there’s a beauty and a grace to willingly participating in my life.”

Attending this event and hearing these stories made me realize what we often take for granted; a warm, healthy meal, three times a day, a snack, a job, a routine. What is considered normal is really not the norm for many. For the most vulnerable people in society, often there is no safety, there is no normalcy. There is precariousness, there is danger and there is shame rooted in the stigma of experiencing all of this in isolation.

“To hear from people in our community who have faced the intersecting issues of poverty, food insecurity, gender-based violence and addiction, the event gave light to topics that are rarely discussed,” Favreau said, “yet they are issues that affect us every day, and impact the most vulnerable pockets of society.”

During the September event, the storytellers shared their collective experience of healing through hearing each other’s stories, feeling less alone in their hardships, battling with the same stigmas surrounding the issues they faced.

With the pandemic interrupting the original structure of the workshop, the coordinators at Nourish came up with a way to make the event successful in a virtual space. They credit workshop facilitator anya gwynne for creating a safe space and giving these storytellers the tools to share their experiences.

“One of the main goals for Nourish was around reducing isolation, which is fundamental to people’s health – [people] most impacted by stigma and marginalization,” gwynne said. “I think that the lack of spaces where we can build a community makes things become very isolated… COVID was a really expensive, further development of that isolation.”

This event was impactful, transcending the challenges posed by COVID-19 in battling that isolation and bringing these individuals together to share their stories. It gave a platform for them and through the powerful ability of oral storytelling, in these most isolating of times, provided a cure for the silence surrounding these issues.

The next event in the Our Stories Our Voices project is taking place on November 30 at 7:00 pm. https://nourishproject.ca/our-stories-our-voices

Zara Syed is a freelance writer in Peterborough. She is the former editor of Arthur Newspaper and a former Peter Gzowski Intern at CBC Radio. 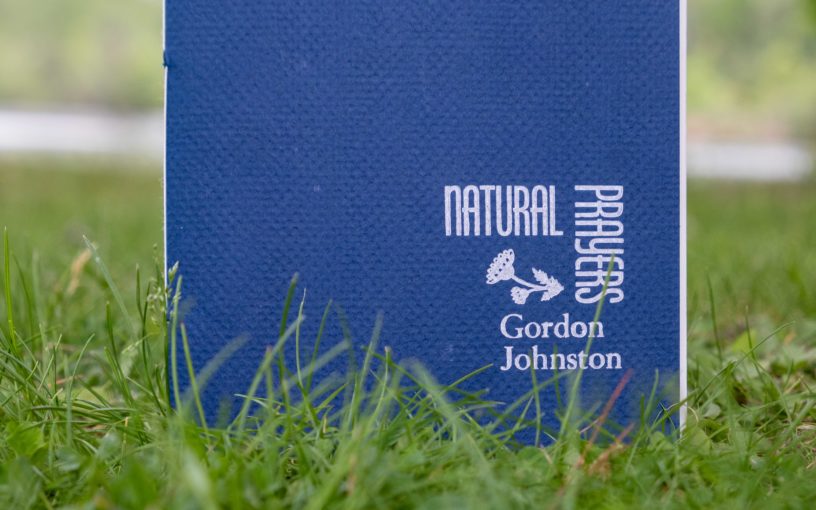 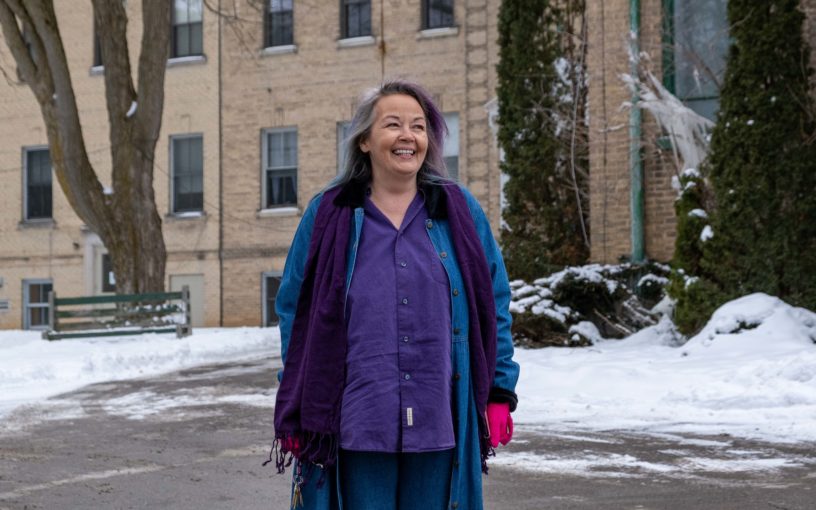