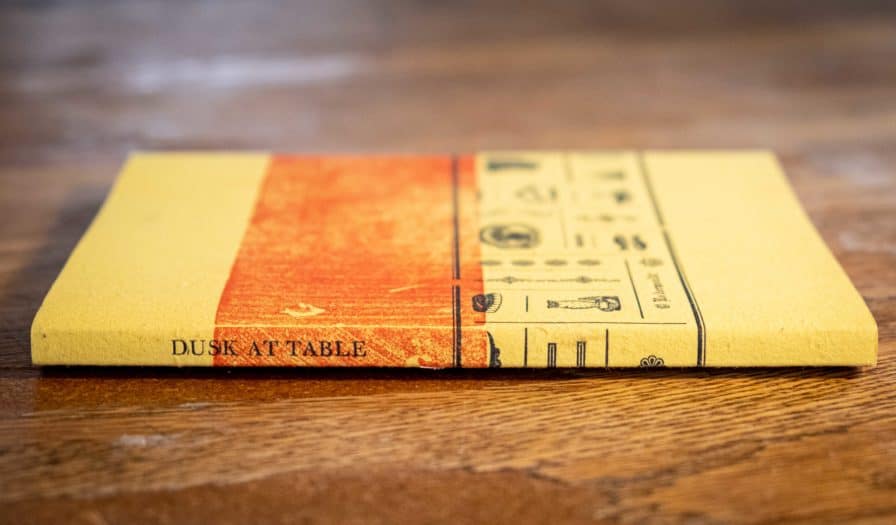 Five years in the making, an inventive longpoem gets the publishing treatment it deserves 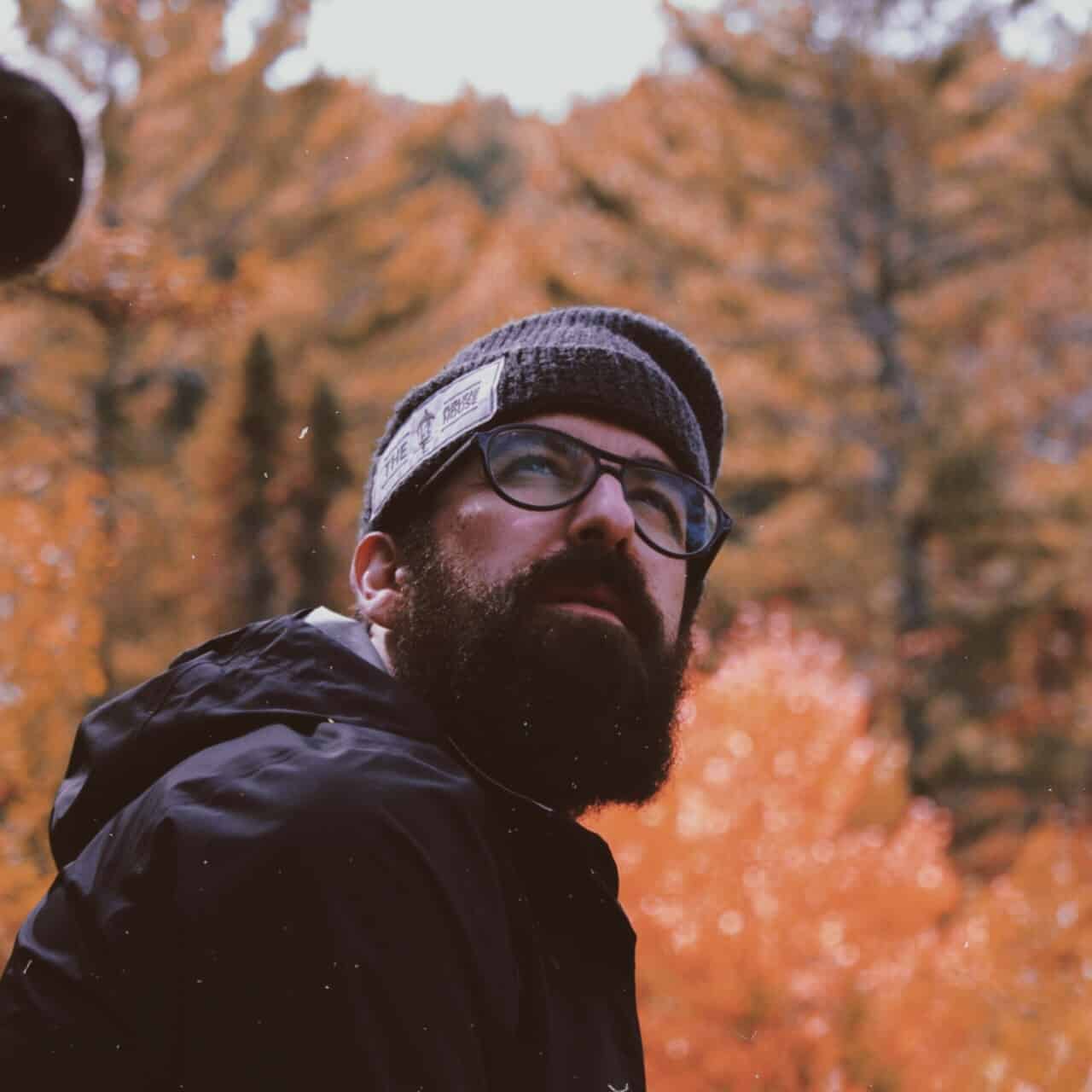 I first heard Scott Cecchin perform an early iteration of his book-length poem Dusk at Table at The Spill back in 2016. The poem was written for two voices, and so Cecchin had enlisted his friend Robyn Smith, herself a regular performer at The Theatre on King, to accompany him.

As Cecchin and Smith performed their parts, their voices would at times overlap, presenting two distinct voices asserting themselves in one audible line. The result was dynamic and exciting, and I had to make choices that one does not usually have to make in a traditional poetry reading, as both voices vied for my attention simultaneously.

It was a compelling piece of spoken performance, but I doubted the energy of the poem could be replicated elegantly in print. Now, years later, Havelock-based letterpress printer and book artist Bennett Bedoukian has not only done that, but also produced what is, without a doubt, the nicest small press book I have ever held in my hands.

As I opened Dusk at Table for the first time, I was floored by how Bedoukian expertly distinguishes each voice by attributing black text to one and red to the other, so that when their words are overlaid both voices are present in the same line. It’s a publishing triumph, and it’s all the more impressive given the tedious and painstaking nature of letterpress printing, where text is placed by hand, letter by letter, onto a printing bed before paper is applied with pressure to create an inked imprint.

Bedoukian accentuates the poem with bright, bold, ornamental flourishes, design choices that are also responsive to Cecchin’s poetry. The large, alarming letters that introduce part “EIGHT,” for example, are slightly askew, which mirrors typographically the kind of poetic unravelling that is about to follow.

Cecchin and I are in the same poetry workshop, and so I had the pleasure of reading sections of Dusk at Table as he prepared the manuscript for printing. But I had little indication of the scope of the entire poem until I saw it in print. Throughout the book, his poetry boils with constraint and subtext.

The two voices who speak in Cecchin’s poem may be two separate individuals, or perhaps they represent the conflicted thoughts of one person. In any case, they spend much of the poem trying to make sense of their memories of an old house they once lived in. The voices are fascinated — haunted, even — by the “secrets” of the house, like the mice who run in the walls and a “ROOM” they discovered once in the basement. Later, they ask their Grandpa “if all houses hold secrets our blueprints miss.”

As the book progresses, the speakers wrestle with the fluid and untameable outside world as it troubles the continued structure of everyday human life, symbolized aptly by “a table set.” As the poem moves toward an ending, both voices struggle to maintain physical and psychic footing in the house, and the idea of ‘home’ inevitably fuses to create “a ROOM we all recognize but / can’t.”

The familiarity of the objects that populate Cecchin’s poem — a basement, a window, house plants, wine — allow the reader to easily insert themselves into each page and stanza. By laying bare the strangeness of merely living, Dusk at Table warns the reader not to live their life in a straight and tidy line, to “keep the cutlery straight” or “the tent pegged down,” as Cecchin writes. Instead, the poem embraces the chaotic vastness that surrounds all of the indoor comforts we lend our lives to.

This notion is best summated in the first speaker’s voice at the end of part “SEVEN”: “History’s scars etched on bedrock. And us ―the quick, the barely-here-yet―dreaming a desk, a window.”

It is fitting, then, that as part “EIGHT” closes and the voices begin to devolve into borderline incoherence, there is a conflation of the words “son” and “sun,” the former setting a table, and the latter setting on the horizon. The “son” completes one of the many small domestic tasks that give order to our lives, while the “sun” reminds us of how little we ultimately control.

We are extremely lucky to have access to this book in Peterborough. It contains so many inroads that the ways through it seem inexhaustible. I think one of the larger points of Cecchin’s words in Dusk At Table, and what in part fuels the passion behind Bedoukian’s incredible attention to detail, is the idea that a book is a world, and any book worth reading contains far more than the sum of its parts.

A talented craftsman, Bedoukian has used thick, tactile paper and binding to bring Cecchin’s poetry to life. Sitting on my bookshelf, Dusk at Table puts my other books to shame, and I feel its existence in my home has the same magic and significance as the objects in Cecchin’s poem.

Justin Million is a poet and writer in Peterborough. 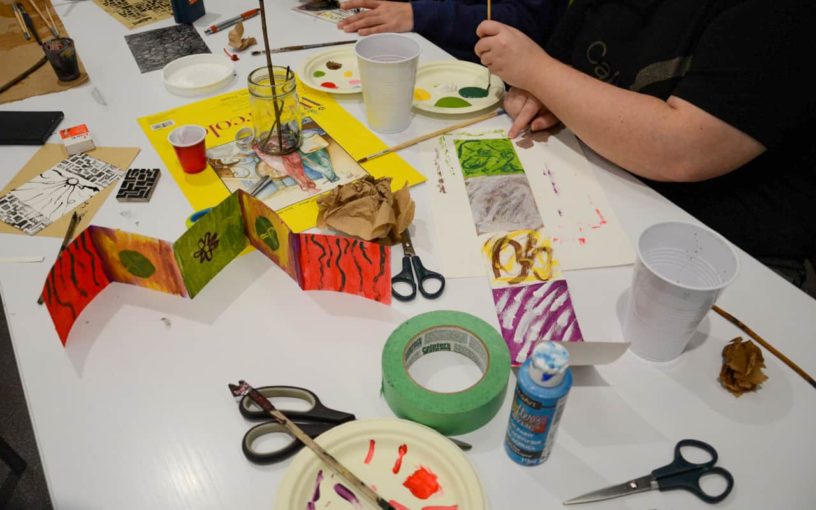 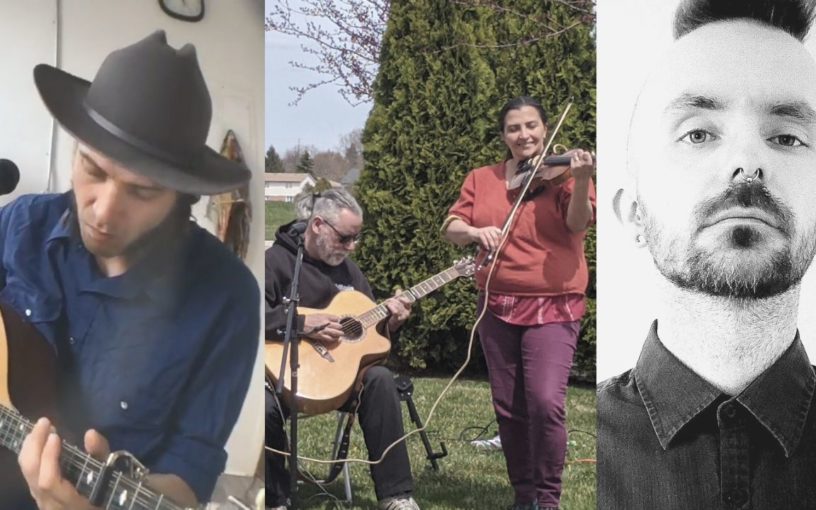